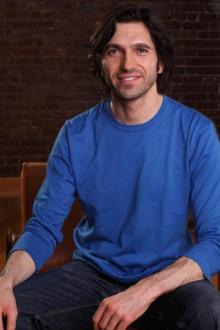 Adam Strauss’s work has been called many things, mostly adjectives. He won the New York Fringe Festival's Overall Excellence Award for Solo Performance and the Leffe Beer Craft Your Character storytelling competition. He's lost too many things to mention here. The New York Times said* he "mines a great deal of laughter" and Time Out New York called his solo show The Mushroom Cure "a true-life tour de force" and named it a Critics' Pick. He can be conveniently stalked at www.adamstrauss.com. --- *technically, wrote** ** technically, the Times didn't say or write anything, as it's not a sentient entity. It was actually a writer employed*** by the Times. *** or, possibly, a freelancer