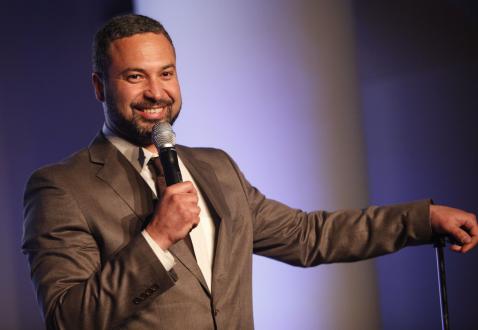 You Can Follow Me @ --
Egyptian-American actor, comedian, producer, and director Ahmed Ahmed is one of the most diverse, multi-faceted talents in the entertainment industry today

In 2014, he can be seen starring as “Ahmed” on TBS’ hit comedy series Sullivan & Son. Executive Produced by Vince Vaughn, the show follows Steve Sullivan [Steve Byrne], a corporate lawyer who surprises his parents when he leaves his job to take over a bar owned by his father in Pittsburgh. Ahmed made his first appearance as unlucky in love, tow-truck driver [and best friend to Steve] “Ahmed” in season one, and joined the cast as a series regular in season two, quickly becoming a fan favorite. Ahmed is currently the only Arab-American actor playing a non-stereotypical role on a comedy sitcom, today. Born in Helwan, Egypt and raised in Riverside, California Ahmed immigrated to the US when he was one month old with his family. When he was 19 years old he made the move to Los Angeles to pursue a career in the entertainment industry, and attended the American Academy of Dramatic Arts. His first big break was in the suspense, action film Executive Decision alongside Kurt Russell, Steven Segal, and Halle Berry in 1996. Ahmed went on to appear in a handful of blockbuster and cult hit features including Swingers, Iron Man, and You Don’t Mess With The Zohan. On the television front, Ahmed has appeared on top series such as Tracy Takes On, Weeds, and Roseanne to name a few.