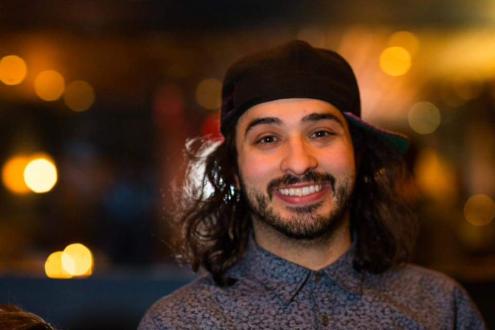 You Can Follow Me @ --
The high-energy, take-no-prisoners, comedy of ALEX PAVONE is not to be missed

A super-honest storyteller, Alex uses his Italian background and colourful acquaintances to weave a laugh-filled web of comic excitement. Born and raised in Woodbridge, Ontario, Pavone has been making crowds laugh since 2007. He has performed at the Montreal Just For Laughs festival and has toured at clubs and colleges all over North America. “Alex Pavone is a young, cocky stand-up in his mid-20s who’s been doing comedy for about five years. Last year, I saw him perform several times in short sets where his impressive, manic delivery burned up the Yuk Yuk’s stage. Often he was so high-strung, he walked out into the crowd – on people’s tables, no less – and continued his act. Guy’s got balls.” (Full Story) – Glenn Sumi, NOW Magazine