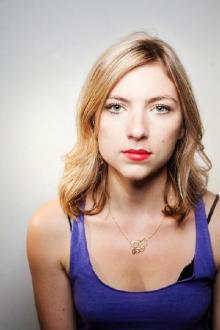 A recovering alcoholic and erstwhile waitress, Lederman keeps her humor salty and sharp, delivering zingers that are equally honest and hilarious. Currently a cast member on MTV's Girl Code but you've also seen her on Comedy Central's "@midnight", "Adam Devine's House Party" and as a regular on E!'s "Chelsea Lately", "The Soup Investigates with Joel McHale", "Gotham Comedy Live", MTV's "Money From Strangers", and heard her voice on "Opie and Anthony" and as "Cheryl" alongside JB Smoove in the latest "Grand Theft Auto" video game. Follow her on twitter and intagram: @annielederman and like her on facebook: www.facebook.com/annieledz