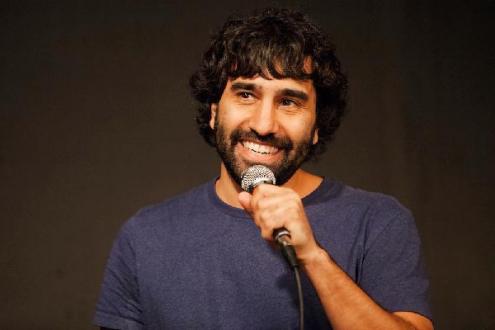 You Can Follow Me @ --
Originally from New Jersey, Anthony DeVito is a NYC based comedian

He's appeared on CBS Late Show with Stephen Colbert, Comedy Central's Adam Devine's House Party, was one of the “New Faces” at the 2012 Montreal Just for Laughs Festival, has been on "This American Life," AXS TV’s Gotham Comedy Live, Seeso's NY's Funniest and was the 2015 winner of Caroline's March Madness. He’s also performed at the 2014 Boston Comedy Festival, 2014 Laugh Your Asheville Off, 2014 Limestone Comedy Fest, 2013 Bridgetown Comedy Festival and 2013 SF Sketchfest. In addition to stand-up, he’s appeared on TV Land's The Jim Gaffigan Show, is a regular on Sirius XM's Bennington, has been published in Timeout NY and The New York Times.