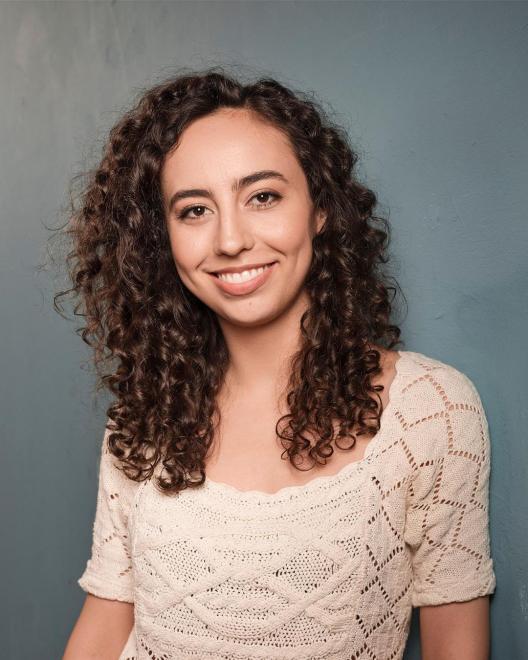 Recommended by TimeOut New York, she hosts a monthly comedy show, U Up?, where comedians along with audience members share their dating travails for erotic prizes. As a prolific #content creator, Blair hosts an on-the-street web series My Dear Friends and is a cast member on the live streaming comedy series Sofa Kingdom. Many of her essays can be found on humor websites such as The Belladonna, Robot Butt, GOLD Comedy and Little Old Lady Comedy. What’s more, she’s been selected to perform on comedy festivals such as Gilda’s LaughFest, Floodwater Comedy Festival, The Sioux Falls Sno Jam Comedy Festival, The DC Comedy Festival, and She-Devil Comedy Festival among others. Her training includes acting at The Barrow Group, as well as sketch and improv at the UCB Theater.