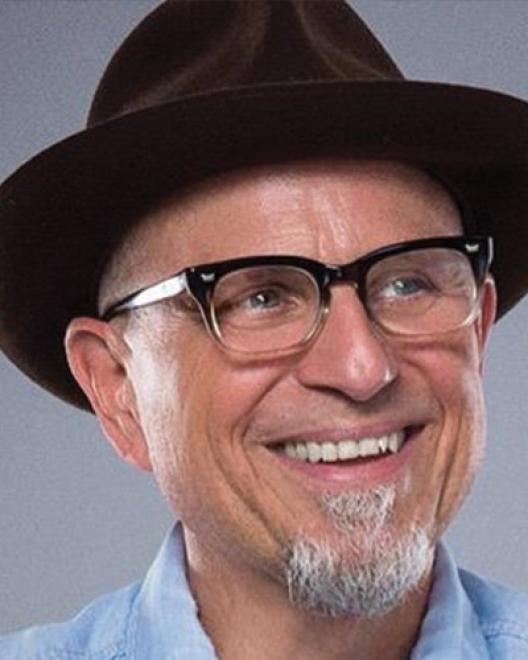 You Can Follow Me @ --
actor, comedian, director and screenwriter, known for his acerbic black comedy stand-up act, delivered through an energetic stage persona with an unusual raspy and high-pitched voice

He came to prominence with his stand-up specials An Evening with Bobcat Goldthwait—Share the Warmth and Bob Goldthwait—Is He Like That All the Time? and his acting roles, including Zed in the Police Academy franchise. Since 2012, he has been a regular panelist on the radio-quiz show, Wait Wait... Don't Tell Me!. Goldthwait has written and directed a number of films and television series, most notably the black comedies Shakes the Clown (1991), in which he also starred, Sleeping Dogs Lie (2006), World's Greatest Dad (2009), God Bless America (2011), and the horror film Willow Creek (2013); episodes of Chappelle's Show, The Larry Sanders Show, Jimmy Kimmel Live! (2004–07), and Maron (2013–15); and several stand-up specials, including Patton Oswalt: Tragedy Plus Comedy Equals Time (2014).