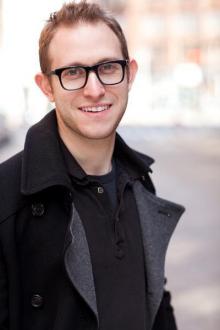 You may have seen him on America's Got Talent, in NBC SeeSo's “SCHTICK OR TREAT: HALLOWEEN STAND UP SPECIAL” , mentioned in Rolling Stone, or heard him on Pandora Comedy Radio. He has also been featured in numerous comedy festivals including TBS's Just for Laughs Chicago, The Charleston Comedy Festival, and as a finalist in The Andy Kaufman Award.