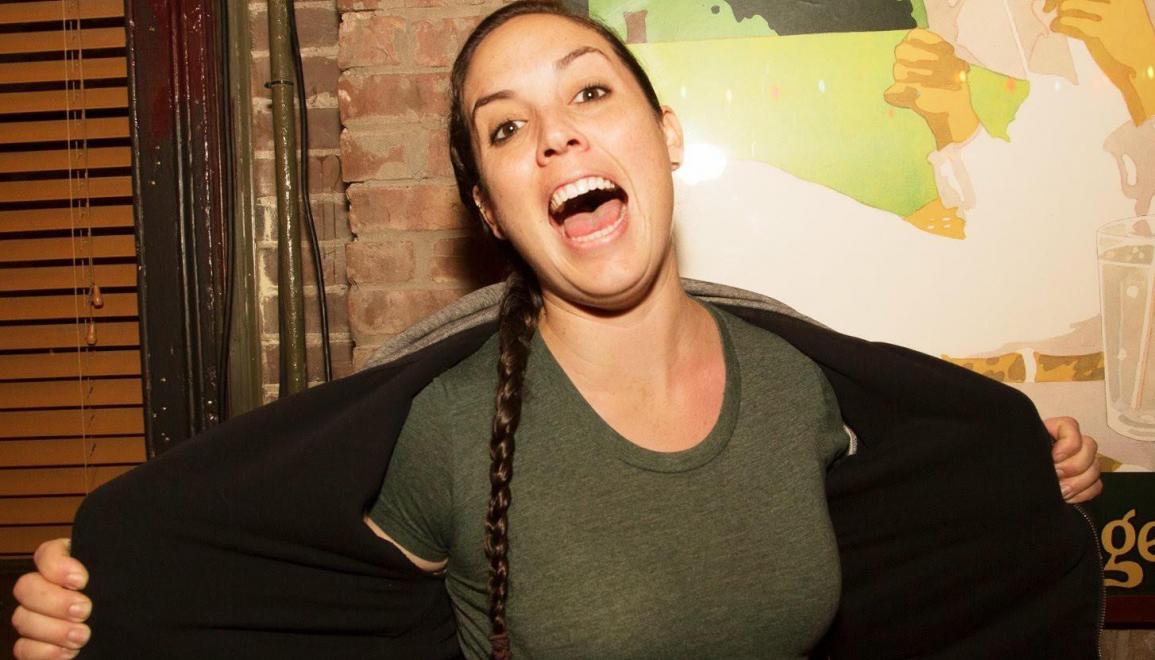 You Can Follow Me @ --
Originally hailing from San Francisco, CA, Caitlin Peluffo is a comedian currently living in Brooklyn, NY

After a brief six year stint in art school where she studied performative video (no, really…that’s a thing) she has expanded her talents to the stage. Peluffo has been featured in the Women in Comedy Festival, was runner up in the Finger Lakes Comedy Competition, and a finalist in the Trial By Laughter Festival that airs on the Comcast Network. Peluffo has also been seen on NBC's Seeso in 'New York's Funniest" and performed with Gilbert Gottfried, Gary Gulman, and the late Kevin Meany, to name a few. She has performed everywhere from the Stand and New York Comedy Club in the Big Apple to clubs all across the country talking about her love of “dating,” and her lack of self control. Peluffo is a former soccer player who dropped the wind sprints but kept the thighs as well as the drinking habit. No subject is off limits, however, she did make a promise to her mother that she would never, ever discuss that one time she took those ‘whorish, yet tastefully executed’ photos for a guy she used to bang in the military. She may be a patriot, but a promise is a promise.