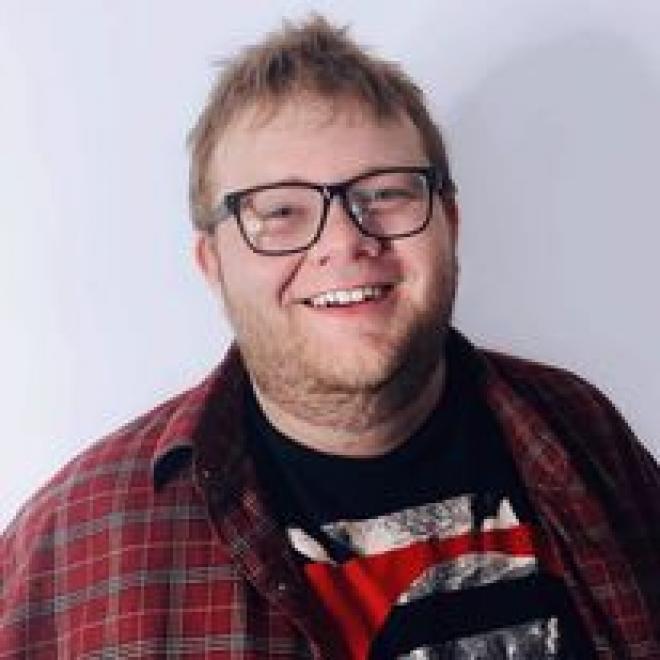 You Can Follow Me @ --
Cam Honeyager brings his unique perspective, wit, and crazy life stories to the stage

After starting his comedy career in college, Cam moved to Los Angeles and made a name for himself doing standup in LA's most prominent clubs. Before the world went crazy you could find him at The Comedy Store. HaHa Cafe, The Ice House, The Comedy Union, and pretty much anywhere with a microphone. During the pandemic, he moved back home to Michigan and focused on his craft and online presence. His ability to connect with the audience not only made him a fan favorite in the local scene but across the worldwide web as his TikTok following closes in on 20k followers He's opened for some names almost as big as him, such as Mitch Fatel, Tommy Davidson, John Caparulo, and Carlos Mencia, to name a few. He hopes to one day become a big name himself; let's hope heart disease doesn't get him first. Come and watch Cam do what he loves and then buy him a drink... or 12.