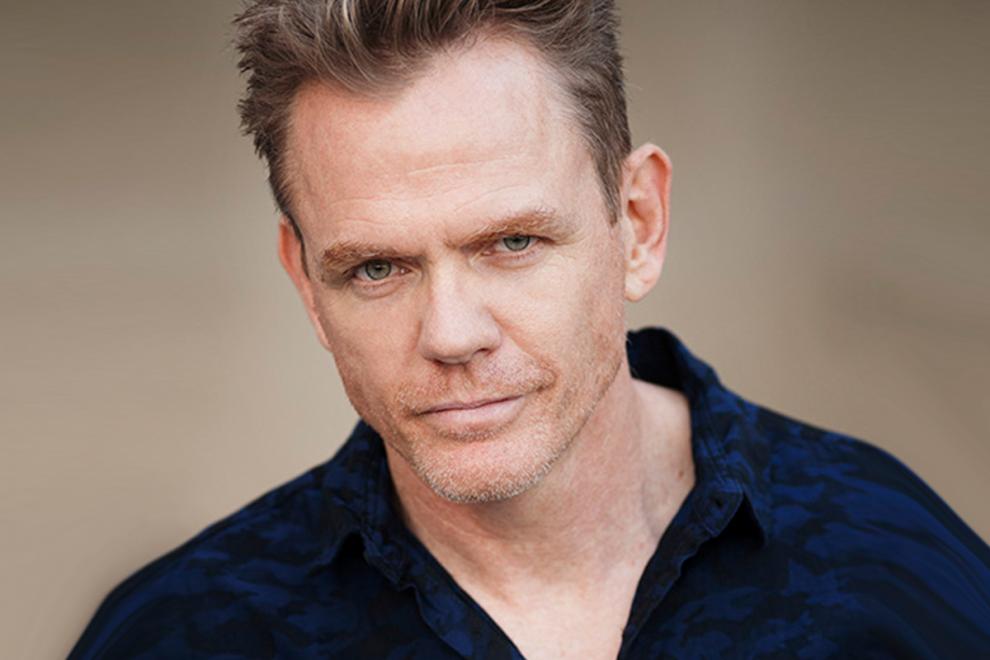 You Can Follow Me @ --
Employing what he’s labeled “hard funny,” Christopher Titus has released seven ninety-minute albums in as many years

He has six one-hour comedy specials currently running on Comedy Central, and his seventh special, Born With a Defect, spent four weeks on the Billboard Top Ten Comedy Chart. After years of experimentation with dark and personal storytelling, he debuted his one-man show “Norman Rockwell is Bleeding” at the Hudson Theater in Los Angeles. It was from this performance that the dark comedy, “Titus,” was born on Fox. The show earned Titus a Writer’s Guild nomination as well as an Emmy nomination, and Newsday called him “TV’s most original voice since Seinfeld.” His second show, “The Fifth Annual End of the World Tour,” was released in 2007 to rave reviews. Titus tackled such difficult issues as the Iraq war, racism, pedophilia and even his father’s unconventional and ridiculous funeral, where he, with his brother and sister’s help, spread his father’s ashes in a casino. These are issues most comedians would run from, but Titus never walks into the familiar. “Love Is Evol,” Titus’ third one-man show, deconstructs relationships in a way no comic has ever attempted. Titus wades into domestic violence, plastic surgery, custody and all aspects of the nightmare relationships. This groundbreaking comedy special premiered on Comedy Central on Valentine’s Day. The album and dvd were released on February 15th, 2009. Titus claims that “this show will either fix your relationship or destroy it, and either way, you’re welcome.” “Neverlution,” aired on Comedy Central on July the 4th, 2010. Titus takes no prisoners in this special, tackling the problems of our country, one joke at a time. He quotes, “every joke is a tiny revolution.” Titus declares that it's time to take our country back, namely from today’s spoiled children, prescription medication, the media, technology and terrorism. Titus’ fifth special, “Voice In My Head,” aired on Comedy Central in October 2013. This lighthearted show details all of Titus’ biggest screw-ups, including a hilarious story about his first job as Darth Vader for children’s birthday parties. “Angry Pursuit of Happiness,” which premiered on Comedy Central in 2015, is Titus at his best, and he leaves no stone unturned in his relentless pursuit for the true meaning of life. Titus covers everything from the Pope, the Boston Bombing, to his Dad’s awkward, yet hilarious ED problem. In one of his most epic and darkly funny bits, Titus solves the nation’s problems by “Arming the Children.” “Born With a Defect” was released in 2017, and held on the Billboard Top Ten Comedy Chart for four straight weeks. Titus claim is, “If you have kids, this show is 90 minutes of therapy. If you don’t, it’s 90 minutes of birth control.” Titus is currently performing his newest one-man show, “Amerigeddon,” to sold out theaters across the country. Titus shone in 2007 as the lovable character, Brody, in ABC’s “Big Shots.” He shared the screen with Dylan McDermott, Michael Vartan and Joshua Molina as a successful CEO who had total control in business, and no control in his relationship. Inspired by such greats as Woody Allen, Steve Martin, and Cosby, who wrote, directed, produced and performed, Titus has sold ideas to NBC, ABC, FOX and Comedy Central. In 2013, Titus formed his own production company, Combustion World Industries, and produced his two most recent comedy specials, “Voice In My Head” and “Angry Pursuit of Happiness.” His first feature film production, “Special Unit,” wrapped in March of 2016, and is about four disabled detectives. Titus describes it as “The Shield with handicapped people” and is planning for release in January 2017. After watching Christopher Titus perform live, there is no doubt that he is one of the best comics working today. With the complete package of comedy, acting and writing, there hasn’t been a performer like him in a long time.