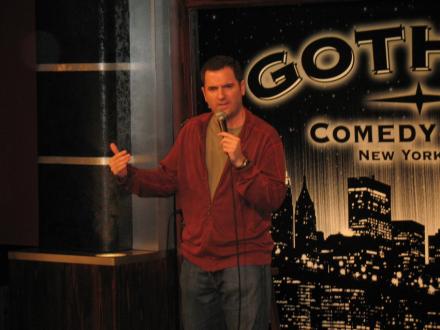 Raised just outside Philadelphia, Corey has taken his act country-wide to a multitude of clubs including Carolines, Comix, Gotham, Funny Bone, Catch a Rising Star, Comedy Zone, Comedy Works, and many more. Recently asked to perform as part of NYC Comix’s "Best of New Talent" as well as a multiple winner of Comedy Cabaret’s Stand-up Contests, Corey is recognized by relatable comedy bits, complaints of not being married (you read that correctly), and quick and witty crowd interactions. He will mix-in recent topical news as well. He’s been seen on MiND TV, Fox Good Morning, and CBS Sports Zone. Also, Corey has been heard on morning shows WMMR, WBUS, WIP, WZZO, Cool 100. Corey is currently writing several film and TV pilots and appeared in his first movie "Who is Jose Luck" in 2011. He is also working with multiple corporations for their internal video and audio productions and voice-overs. He is excited about some great upcoming diverse media opportunities.