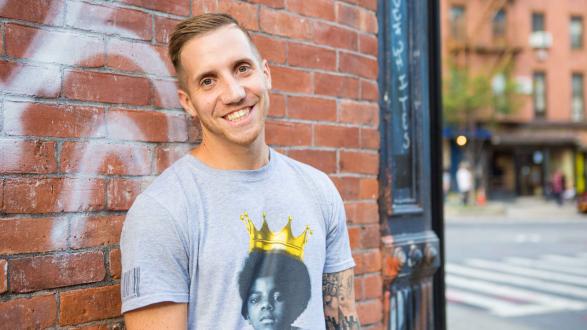 You Can Follow Me @ --
Danny DelColle is a standup comic born and raised in Brooklyn, New York

He first got on stage in 2011 and has been active on the New York comedy scene ever since. He has been featured in the Cape Fear Comedy Festival , the Laughing Devil Comedy Festival, and performs at various venues all across New York. Danny has been passed at a few prestigious clubs including the Comic Strip, Broadway, New York & Greenwich Village Comedy club. His humor is autobiographical and tells the story of his untraditional upbringing, married life and the trials & tribulations of being a 5'4 "grown man".