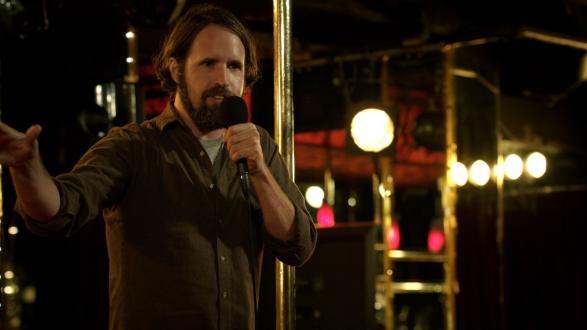 You Can Follow Me @ --
Duncan Trussell is a stand-up comedian and host of the wildly popular podcast "The Duncan Trussell Family Hour" known for its blend of humor, fringe ideas, eclectic guests, and great interviews

He regularly tours the country as a stand-up comedian and has performed at Just for Laughs Festival in Montreal and the Moontower Comedy Festival in Austin. In addition, Duncan has appeared on "Curb Your Enthusiasm", “Nick Swardson's Pretend Time", and wrote, and acted in the MTV series "Story Pig. You've also seen him on Scyfy's "Joe Rogan Questions Everything", TBS' "The Pete Holmes Show ", 2 episodes of "Drunk History" (Tesla Vs. Edison and Edgar Allen Poe), and you've heard his regularly occurring character ,Ron James, on Cartoon Network's "Adventure Time." He's also a regular on "The Joe Rogan Experience Podcast."