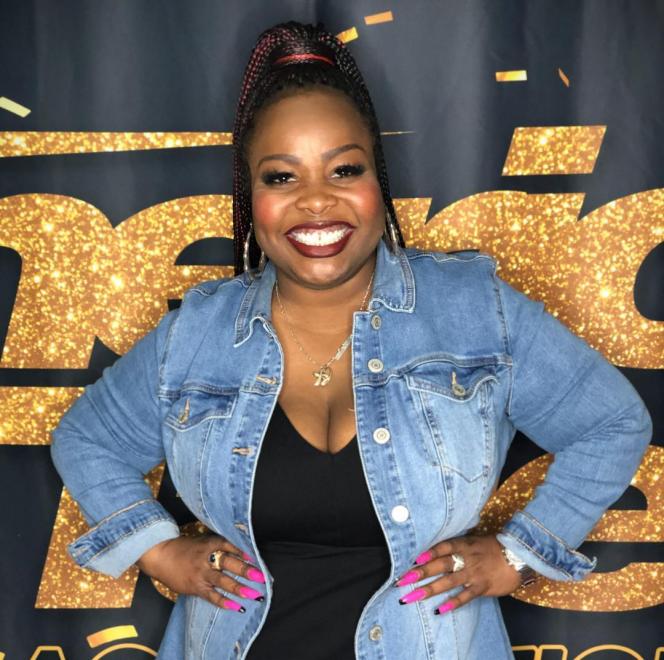 She’s got charms that can make even Simon Cowell blush, as she was the only contestant Simon walked on stage to hug! Jackie Fabulous is a hilarious and affable stand-up comedian, writer, actor, producer, motivational speaker, and headliner who uses her jokes and sparkling nature to simultaneously entertain, encourage, and empower audiences while keeping them laughing, and easily navigating the comedy gamut from family friendly to naughty. She is so comedically versatile, she could work a bar mitzvah, a bachelorette party, or your uncle's funeral. Jackie’s standup has been featured on the Arsenio Hall show, Gotham Comedy Live, FOX, BET, Last Comic Standing, Kevin Harts LOL Network and more. And you may have seen her memorable talking head and hosting moments on the CW, and NBC’s “I Do.” In addition to her television appearances, Jackie Fabulous is a paid regular and headliner at most of the top comedy clubs in the country, including The Comedy Cellar, The Hollywood Improv, The Laugh Factory, The Comedy and Magic Club, and the House of Comedy and Funny Bone clubs. “As the guy who discovered Jon Stewart, Ray Romano and a bunch of other star comics I have a sense of who has ‘it.’ JackieFabulous has it. I’d watch her do just about anything legal,” - Billy Grundfest (Founder of New York’s “Comedy Cellar”). When Jackie is not on tour with her standup, you’ll find her giving insightful keynote speeches and breakout sessions at corporate events and conferences, to sold out crowds. Jackie is a former lawyer who has lived an incredibly full life filled with love, tragedy, embarrassing moments, and hard lessons and she channels all of the above into relatable material and inspiring speaking engagements. More than just a funny lady, she is on a mission to inspire and empower women all over the world to Find The Funny In Their Flaws. Her signature talks and upcoming book within her hilarious “Find Your Fabulous” series will leave audiences feeling encouraged, uplifted, and inspired to conquer the ups and downs of life and work. Jackie is available for standup appearances and speaking engagements, and would make a great addition to any panel, talk show, TV show or movie that needs an extremely versatile, hilarious, and likable writer and actor. Jackie Fabulous will sparkle on any stage or screen; she always lives up to the name!