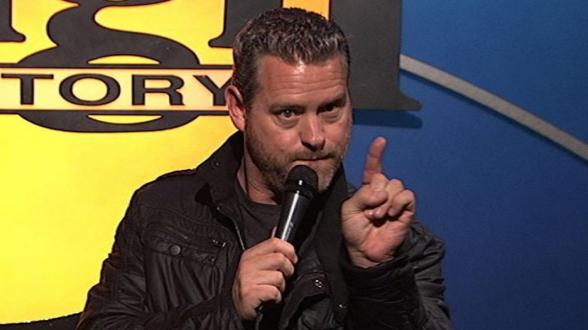 You Can Follow Me @ --
Long Beach, CA native and stand-up comic Jason Collings toured the country and shared the stage with some of the biggest names in comedy early on in his career

Opening for some of the greats turned him into a headliner and respectively, he is now headlining the country on his own bringing his observational and highly conversational trademark comedy to the masses. Proving to be a powerhouse in the field of entertainment, Collings owned the late night stage on The Tonight Show with Jay Leno and has showcased his comedic prowess on BET’s Comic View and on VH-1. He is also a frequent staple at The Comedy Store in Hollywood, the Improv comedy clubs, Laugh Factory, The Ice House in Pasadena, and at The Comedy & Magic Club in Hermosa Beach.   What started as a mere hobby has turned into what is sure to be a life-long career for Jason Collings and if you have the chance to see him live, you are sure to become a fan of his brand of comedy that has crowds roaring with laughter from coast to coast.