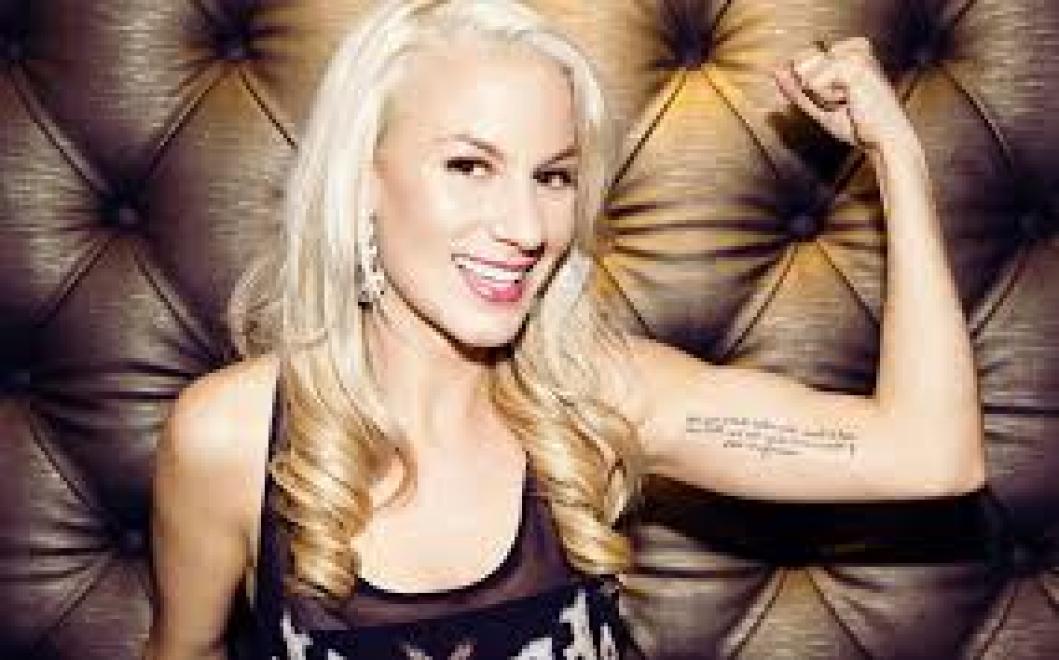 You Can Follow Me @ --
Syracuse native, Jessimae Peluso, gained mass popularity as the outspoken cast member on MTV’s “Girl Code”, from then went on to be featured on TBS’ “Deal With It”, NBC’s “Last Call With Carson Daly”, E!’s “Chelsea Lately”, Fox’s “Worlds Funniest Fails”, AXS’ “Gotham Live”, Tru TV’s “Comedy Knockout”, and multiple appearances on Comedy Central’s “@Midnight” and “The High Court”

She can be heard weekly on her Sharp Tongue podcast available on iTunes, Stitcher, Sound Cloud and Google Play. Jessimae also has a weekly show called “Weedsday” which airs on Facebook Live every Wednesday at 1:20 PT /4:20 ET. The show celebrates, advocates and educates her viewers on the benefits of the medicinal plant known as “cannabis”. She was featured in the New York Comedy Festival, Boston Comedy Festival, North Carolina Comedy & Arts Festival, Women in Comedy Festival, and JFL 2016 Festival and featured on Kevin Hart’s LOL Live network. She has contributed to Cosmopolitan Magazine, Self Magazine, GQ.Com, Playboy.com, MadeMen.com, and was highlighted in the Huffington Post as ‘one of the funniest comics to follow on twitter’. Jessimae can also be seen in the flesh, touring all over the country at your local comedy clubs. She’s currently alive and living in LA with her three rescue dogs, Carlin, Bunny and Chaplin, (who has his own Instagram page: @ChaplinTheChihuahua) and they’re all waiting for Stamos to confess his love for Jessimae.