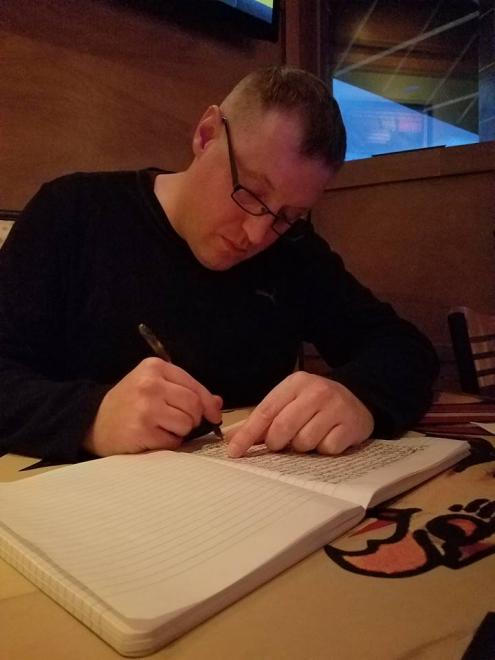 He has advanced to the next round in more than a few contests, finished second out of about 75 people in another, and recently won second place in an improv contest. His writing styles are varied and so are his performances, sometimes being characters. He is a fan of absurdity and tries to present chaos as order. He presents himself as having “seen some shit, done some shit” and usually the audience rolls with it. He knows the audience is there to laugh and wants him to succeed, so he feels good about going in front of a big audience.