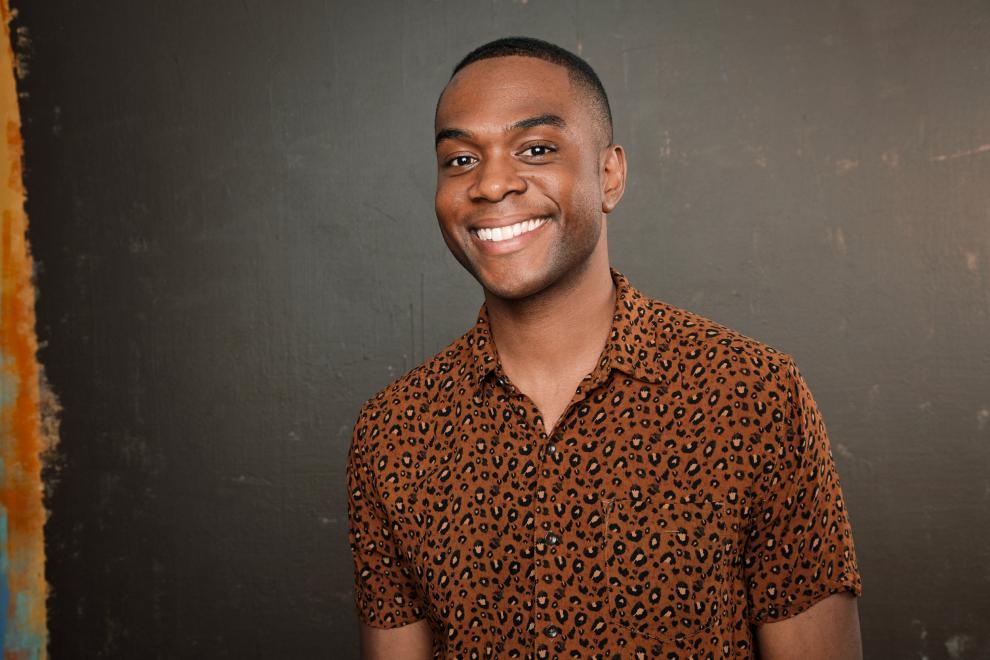 You Can Follow Me @ --
Jordan Temple is a New York City born, N

Y. based, multi-hyphenate comedian-playwright-writer-standup-actor who grew up in the projects peeing in the staircase and also the elevator. In 2019 and 2020 Jordan was a Co-Producer for seasons three and four of Donald Glover’s acclaimed FX comedy, ‘Atlanta’. Previously, Jordan was a Story Editor for Season Three of the Emmy-award winning Amazon series, “The Marvelous Mrs. Maisel”. Currently, Jordan is a Co-Producer for season 4 of “The Marvelous Mrs. Maisel”. On the stand up front, he taped a set for Comedy Central Stand Up Featuring, a digital series showcase for new talent. He also taped a set for Bill Burr Presents, a new televised showcase for Comedy Central hosted by the great Bill Burr which aired in January 2020. In 2018, Jordan was named a "New Face" of comedy at the Just For Laughs Comedy Festival in Montreal (wow, just look at that punim!) and also made his late-night stand up debut on CONAN. He also was a writer on Rob Mcelhenney and Charlie Day’s Apple sitcom. “Mythic Quest”. Jordan is the mastermind behind the original comedic play, ‘Hidden Fences’, a hilarious, absurdist take on the viral mistake made at the 2017 Golden Globes and Academy Awards that combined the movies, Hidden Figures and Fences into 'Hidden Fences'. Hidden Fences satirizes the mistake in which 'Troy' from Fences wants to be the first black man to hit a baseball into space and the hidden figures do the math to help get it there. The play sold out four times and was staged at The Bell House for New York Comedy Festival. In June 2018 Hidden Fences made it's L.A. debut at The Dynasty Typewriter at Hayworth Theatre, starring and produced by Jermaine Fowler. In addition to writing the play, Jordan also plays an unhinged, comedic version of the Denzel Washington role, ‘Troy’. In October of 2017, he staged his follow up to Hidden Fences, an absurdist, one-act play entitled ‘The Color Urkel’ that loosely combines the narrative of The Color Purple with the characters Steve Urkel and Stefon Urquelle. In November 2018, ‘The Color Urkel’ also made it’s New York Comedy Festival debut.