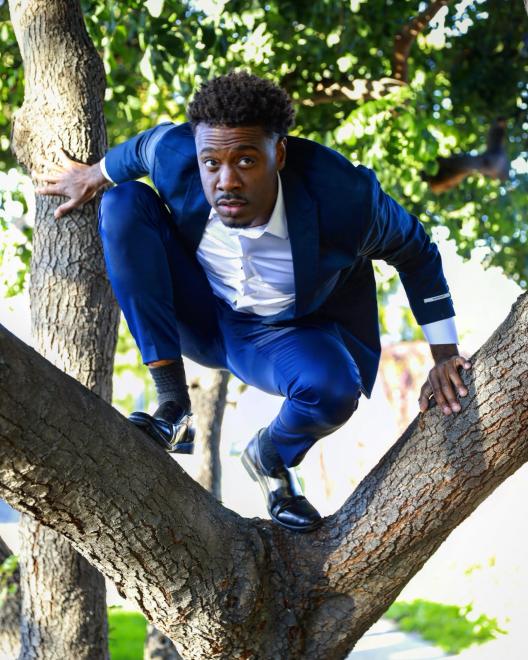 You Can Follow Me @ --
Juahahn Jones, born in Prince Georges County Maryland

Juhahn got his first taste of his dream landing a recurring role on HBO’s “THE WIRE”. Shortly after relocating to Los Angeles Juhahn received a NAACP Theater Award for "BEST SUPPORTING MALE" in the play "Sunday Mourning”. Now with over fifty acting credits, which include working with Wayans Brothers, Russell Simmons & Kevin Hart and also working as a recurring role on the late John Singleton’s show REBEL (BET), he successfully completed his own sketch comedy Show, THE JUHAHN JONES IS SHOW on YouTube. As his journey as a creator continued, Juhahn posted a daily video on Instagram earning him over 1.5M followers, 1.2M on Facebook and almost 400K Subscribers on YouTube which led him to be honored at the Just For Laughs festival in the New Faces Influencer/Creator category. With Juhahn venturing off to be a more longer form Content Creator, he accomplished creating 2 new shows named “You Hittin Dat?” and “Killer Bae” which accumulated over 50 million views online combined! Both shows won awards and nominations in festivals and landed him a distribution deal, getting placements for both shows on Tubi and multiple streaming sites. Juhahn has graduated to being a true new force in the industry for his work and relationships which led him to shooting his first full length feature “You Married Dat” inspired by one of his hit shows “You Hittin Dat?” Between being an award winning actor, a creator with a Huge audience and stand up comic, Juhahn Jones has all the ingredients to becoming the next legendary star!