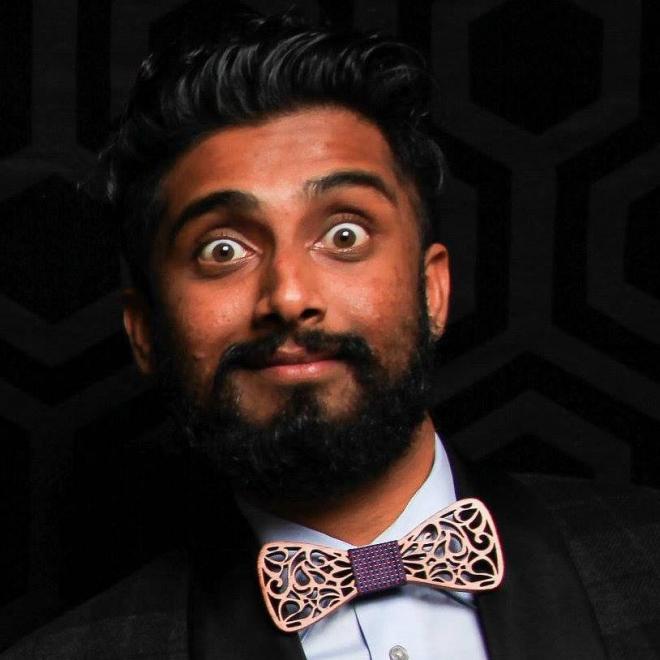 You Can Follow Me @ --
"Karthik Lavangu is an Indian-born NYC based stand-up comedian, storyteller, and a functioning germaphobe (he was a natural at social distancing and Purelling before it was trending)

Karthik's Mom describes him as ""the funniest person I know who also happens to be my son,"" while his Dad can't wrap his head around why his son talks about his ""feelings"" and ""emotions"" in front of strangers in the name of comedy instead of putting his engineering and Masters degrees to use. As a tax-paying resident alien living and working in NYC, he has a lot of opinions and a unique perspective on everyday things people take for granted in the first world. Karthik's clean, nuanced, layered and at times dark(ish) observational comedy is inspired from his life experiences in India and the US. He performs all over NYC, at comedy festivals throughout the US, at corporate events, was selected for a residency at Broadway Comedy Club in NYC and produces comedy shows in NYC. Follow him on Instagram @karthiklavangucomic to give his millennial brain an ego boost."