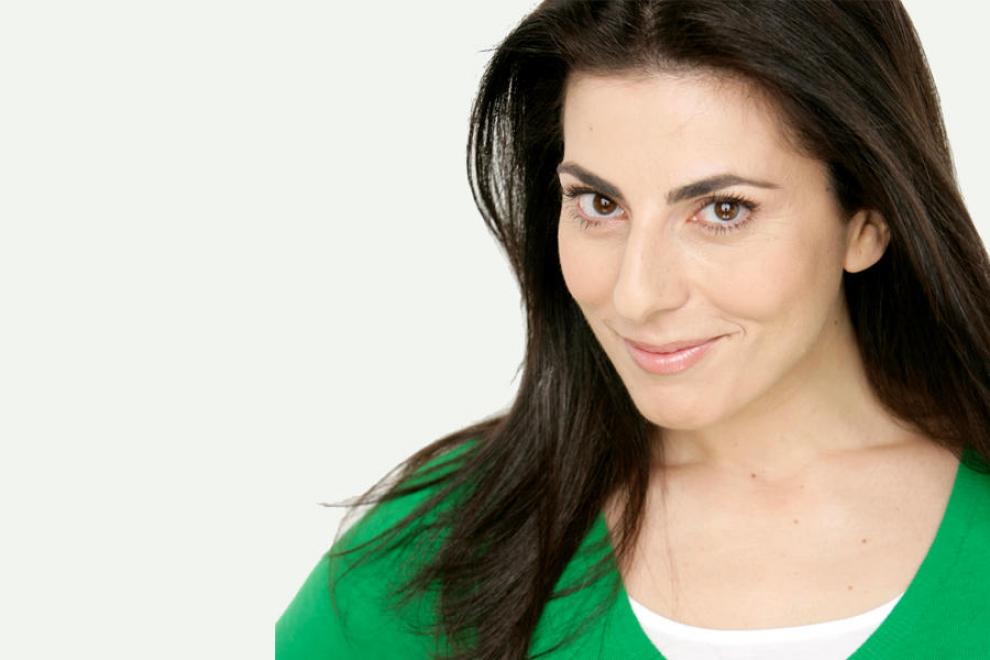 You Can Follow Me @ --
Kira Soltanovich grew up in San Francisco during a time when there were bad neighborhoods, cheap coffee and it wasn’t ironic to ride the cable cars

She began her comedy career back in 1998 after asking her Russian immigrant parents if they would support her dream to become a stand up. After her mother and father confessed “It’s not like you’re smart enough to be a doctor…” Kira took that as their blessing to pursue her dreams and she’s never looked back. She was a series regular on How To Be A Grownup for TruTV, the hidden camera show Girls Behaving Badly and was a correspondent on The Tonight Show with Jay Leno for over 8 years. Recently, Kira co-hosted the game show Winsanity with Donald Faison for the Game Show Network. One of Kira’s greatest achievements is shooting her latest 1 Hour Stand Up Special,You Did This To Me, which was completely self-produced and she shot it while over 7 months pregnant. The first stand up comedian to shoot a special pregnant! Kira has appeared on The Jay Leno Show, Hello Ross! with Ross Mathews, Jimmy Kimmel Live, Last Call with Carson Daly, Hell’s Kitchen, Last Comic Standing, Set List TV, and The World Stands Up on Comedy Central. She has written for Joan Rivers, Scott Baio, Selena Gomez and Justin Bieber. And here’s an interesting fact, three of those people have dated each other. Kira’s pilot Weren’t You Scott Baio? was optioned by New Line Television, her hidden camera dating show Who’s Got Game? was optioned by MTV and her feature film What’s Your Sign? was optioned by Terra Firma at Universal. For a while there, she and her writing partner were only developing projects that asked a question. Genius, right? She’s been a writer on Easiest Game Show Ever, How’d You Get So Rich? for TV Land, Warning: Men Thinking, Raising Whitley and Prankstars on Disney.