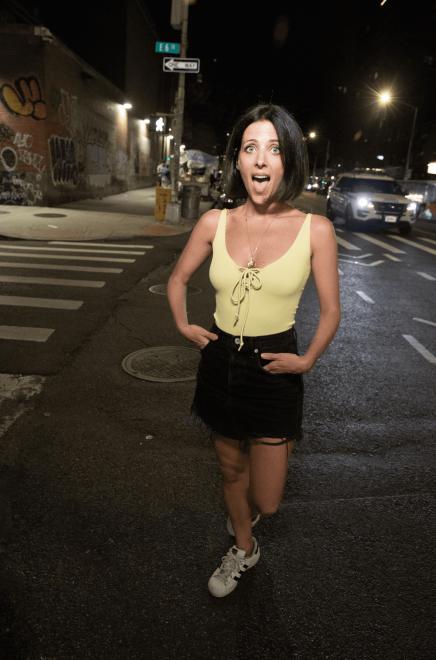 You Can Follow Me @ --
Lucie Pohl is a German-born-NYC-raised comedian, actor, voice actor and writer

She is the voice of Mercy on Blizzard's Overwatch, Rixxa Fluxflame in World of Warcraft, as well as voicing characters on Red Dead Redemption 2, Hearthstone and more. On screen she has appeared in Homeland, Red Dwarf XI and Fantastic Beasts and Where to Find Them and an epically terrible Turkish horror film starring Stephen Baldwin (she does not regret this). Lucie has created 4 critically acclaimed solo comedies that have toured internationally at the Edinburgh Fringe Festival, London's West End, Germany, Romania, as well as across the US and OFF Broadway in NYC. Her solo comedy Hi, Hitler was nominated for a NY Innovative Theater Award. Her show Immigrant Jam has been featured in the NY Comedy Festival, The NY Times and on NPR.