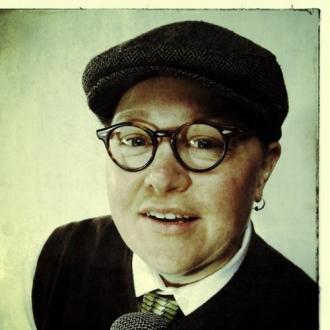 You Can Follow Me @ --
Maggie Faris is noted for her ceaselessly cheerful personality and seemingly endless series of quirky, intelligent jokes dissecting our fears and social barriers

With lighthearted material that forces the audience to laugh at their insecurities and prejudices, Maggie Faris is a favorite for a diverse audience of fans – showing that we are all equally goofy human beings. Maggie is the winner of several comedy competitions including the Laugh Off Gender Showdown – the first woman to win the title featuring an impressive list of past competitors including Louie Anderson and Roseanne Barr. Another competition win made Maggie the Public Address Announcer for the St. Paul Saints professional baseball team, which led to an appearance on ESPN™s Cold Pizza for her unique style and memorable announcements. She appeared two years in a row on NBC’s Last Comic Standing, and won both the Silver Nail award and Funniest Clip of the Year at the Aspen Comedy Festival. Curve magazine named Maggie Faris one of the Funniest Lesbians in America. She recently won The Advocate Magazine’s national search for the next funniest queer comedian.