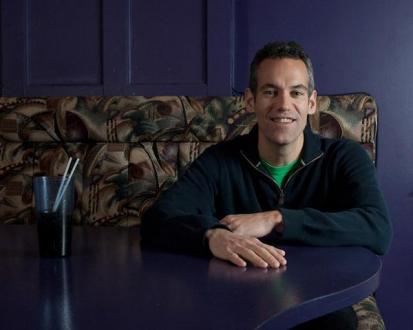 You Can Follow Me @ --
Moody McCarthy's career has straddled two millenniums, pretty impressive for a guy under 1000 years old

Moody started doing stand-up in Syracuse, NY, in the 1900s, the golden era of the facsimile machine. He then moved to New York City and lived in his sister's basement for 5 years, until she found out. Now he's above ground, and thanks to break-out appearances on the Late Show with David Letterman, Jimmy Kimmel Live, and Last Comic Standing, no longer a well-kept secret. (After an appearance on the re-vamped Star Search, he still was.) Moody has distinguished himself with well-crafted material that thrives in any venue, from country clubs to pubs. Weaving sly jokes with in-the-moment crowd-work, here is a thoughtful comedian who will enhance any setting. Moody McCarthy: few people hate him!