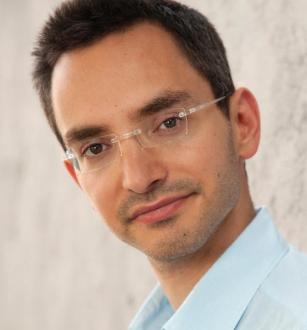 You Can Follow Me @ --
Myq Kaplan is a comedian named Myq Kaplan (pronounced “Mike Kaplan” when done correctly or however you like, he’s not picky)

The Comedians magazine calls him “a comedy machine, in the best possible way. The way that some machines vend soda or prevent other machines from killing future revolutionaries – that’s how Myq Kaplan does comedy: relentlessly, methodically, unblinkingly.” Myq just made his debut on “The Tonight Show with Conan O’Brien,” and his half-hour “Comedy Central Presents” special will appear in 2010 (a year for which Punchline Magazine says to watch out for Myq). He has also appeared on Comedy Central’s “Live at Gotham,” at the New Faces show of the 2009 Just For Laughs Festival in Montreal, was voted 2008’s Best Local Comedian in the Boston Phoenix, and won the 2009 NY’s Funniest Standup Competition. A Jewy-ish vegan atheist who spells the name “Mike” weird, Myq enjoys words, social justice, Netflix, and comic books. Also non-comic books, ping-pong, and being great with women. And grammar and run-on sentence fragments. And of course, being hilarious to his demographic, which is anyone who might know the word “demographic.”