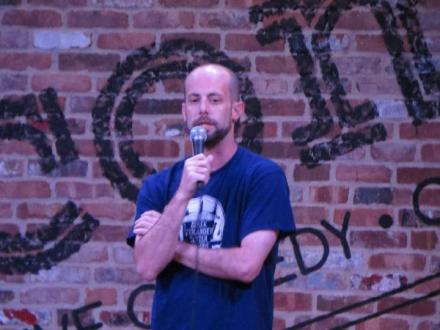 When he isn't performing at COMIX, he can be seen all over the Northeast from New York to Maine and everywhere in between at some of the biggest clubs including Rhode Island Comedy Connection, City Steam and Funnybone Hartford, Nick's Comedy Stop in Boston, Headliners Comedy in New Hampshire and Maine, and also New York Comedy Club in Manhattan. Ryan regularly works w/ the some of the biggest acts in comedy including Dave Attell, David Koechner, April Macie, Paul Mecurio, Big Jay Oakerson, Bert Kreisher, and also tours w/ Josh Wolf. Ryan also runs the COMIX Craft Comedy Series where he takes over local breweries for a night of hilarious laughs and delicious craft beers.