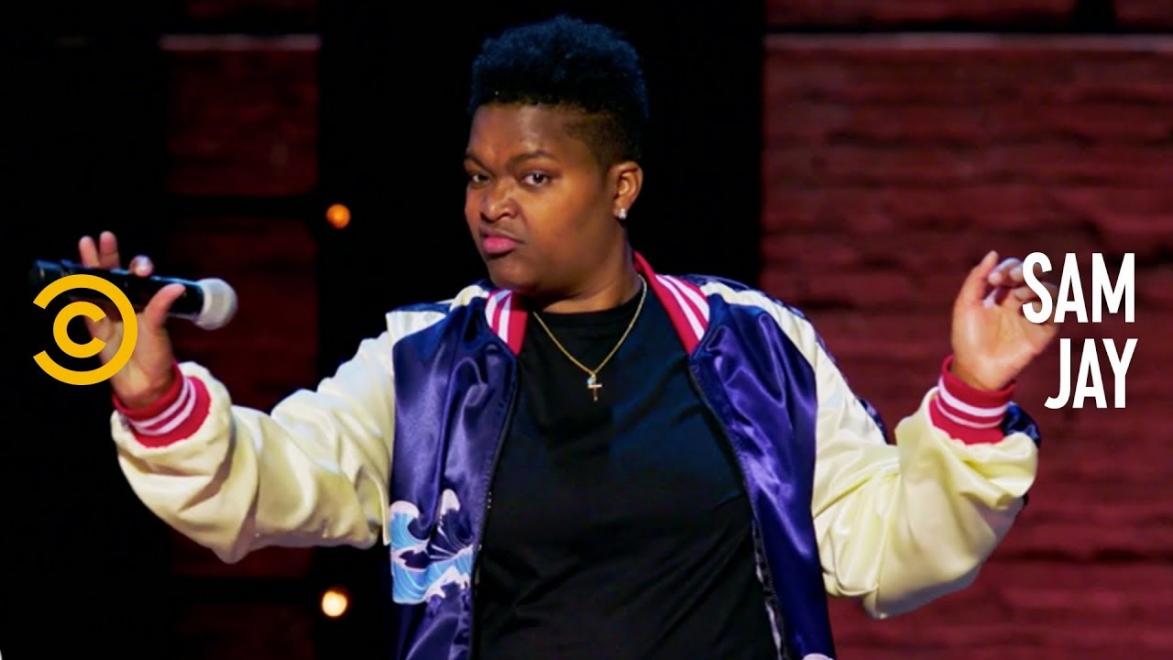 You Can Follow Me @ --
Originally from Boston, stand-up comic Sam Jay is an Emmy Nominated Writer for “Saturday Night Live” and frequently appears in sketches

In 2018 she made her Netflix debut on “The Comedy Lineup” and released her Debut Album “Donna’s Daughter.” She wrote for the “2018 MTV Movie & TV Awards” and has a recurring role on TV Land’s “Nobodies”. In 2017, Sam was a standout of the “Just For Laughs: New Faces.” She was the host of “Ricking Morty”, the Rick and Morty post-show on Adult Swim and she was a cast member of MTV’s “SafeWord.” Sam made her late night television debut on ABC’s Late Night with Jimmy Kimmel and her half-hour stand-up special premiered on Comedy Central. She was named to the Comedy Central “Comics To Watch List” in 2015, and has since performed at the Vodafone Dublin Comedy Festival, Bumbershoot Festival, 208 Comedy Festival, New York Comedy Festival, Portland’s Bridgetown Festival, The Laugh Your Asheville Off Comedy Festival, Boston’s Women In Comedy Festival, and the list goes on. Her credits also include a part in the award-winning film “Pinsky”, Starz’ “Take My Wife”, Comedy Central’s “White Flight”, “The Meltdown with Jonah and Kumail”, as well as Viceland’s “Party Legends” & “Flophouse.”