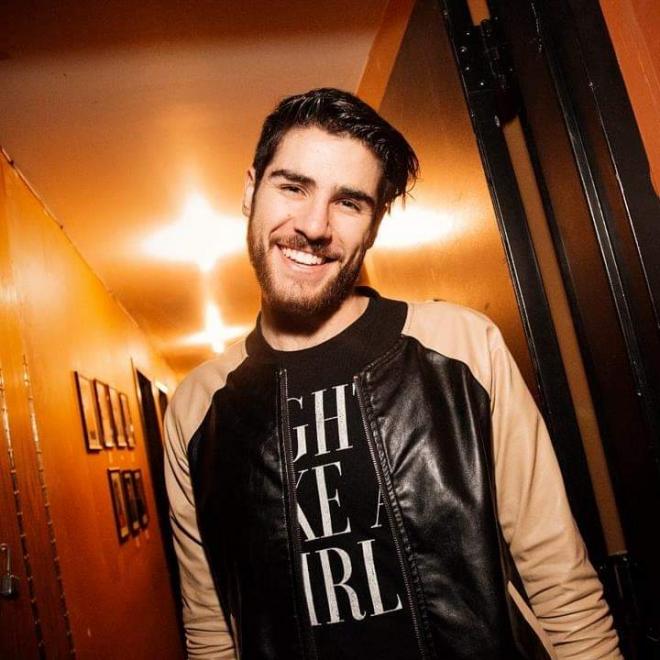 You Can Follow Me @ --
Sam is a New York City-based comedian who tours colleges, theaters, and comedy clubs nationally

He has been on SiriusXM Radio, seen on the Travel Channel, and will be featured on a PBS documentary about up and coming stand up comedians. He has been in commercials for Apple, Mattress Firm, and HIV Pharma. He was named one of Mogul Magazine's Comics to Watch in 2018, is the 1st place winner of the Make Me Laugh Comedy Competition, and was called "a rising star" by Broadway Kingdom. He has headlined over a dozen colleges and is set to tour 25 colleges in Spring 2019. You can catch him regularly in NYC at Greenwich Village Comedy Club, West Side Comedy Club, Broadway Comedy Club, Old Man Hustle, Grisly Pear, Village Lantern, and more. He’s even performed at the Ugandan National Theatre! He has also performed in the New York Comedy Festival, is the 1st place winner of the Make Me Laugh Festival, a finalist in YAAAS Fest, and performed in too many other festivals to count. To be fair he always gets stuck around 17. Sam’s second one-man show Hello, Daddy! debuted on Dixon Place's main stage in 2018 and has since toured 8 major US cities, including such prestigious queer festivals as the Folsom Street Fair, Bear Week, and HOT! Festival. He hails from Sarasota, FL, is a Cornell University alum and broke the world record for most peanut butter jelly sandwiches made in an hour.