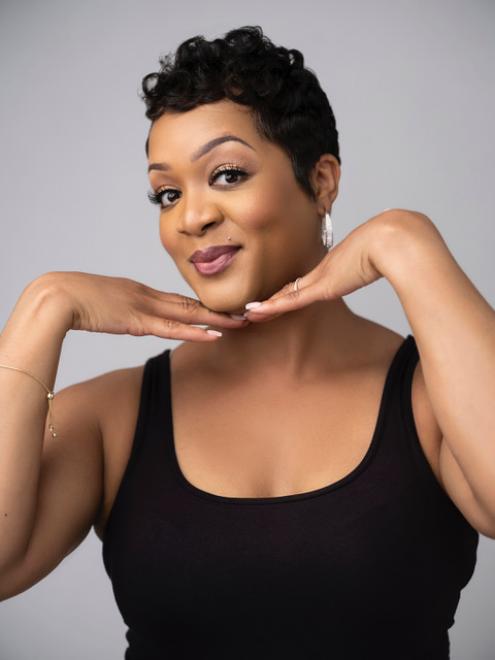 Jersey native Shatara Curry has officially unwrapped her gift of laughter, which comes as no surprise to many. Now, she is doing what every middle child from a big family does best, she is “sharing”. It was love it first mic, when gracing the stage for the first time at New York’s Boston Comedy Club. She jokes that it was after receiving her bachelors degree, she ran to the closest stage to put her newfound knowledge to the test. Since then Shatara has performed at some of New York Cities top comedy clubs like Caroline’s, Broadway Comedy Club, Comix, The Laugh Factory and Gotham. Doing comedy for over 10 years has also placed her in front of audiences across the country and even overseas. Shatara or “Shaterrible” as she likes to call herself, freely uses her gift to gabb, speaking her mind with an intelligent razor sharp tongue and an unapologetic sassy confidence. Shatara is so animated, even does a glory song and dance about having no kids and not having crumbs in the backseat of her car. Her outgoing high energy, social insight and stage antics are hilarious. One can’t help, but to love and appreciate her unfiltered honesty. Saying out loud what many of us wouldn’t dare.