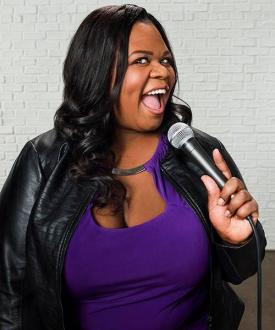 Born and raised in Maryland, Yamaneika has since tackled both the New York and LA comedy scenes by combining her high energy improv skills with a unique vulnerable perspective on life. This mix forces her to go beyond the typical humor one would expect to hear, and allows her to connect to audiences from any background. Yamaneika is one of the stars of Oxygen’s “Funny Girls” series, as well as a semi-finalist on Last Comic Standing, cast member of Comedy Central’s Insecurity and was featured on AXS TV’s Gotham Comedy Live.