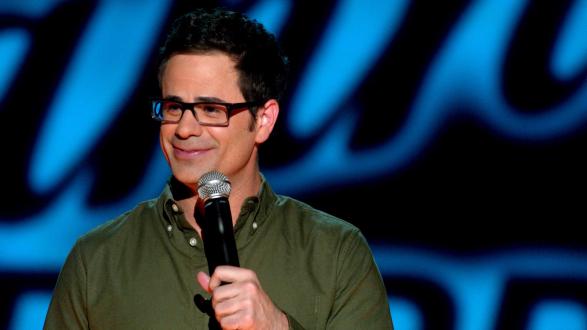 You Can Follow Me @ --
Yannis Pappas is a stand-up comedian

His Album “Let Me Be Yannis” was awarded Album of the Year for 2016 by SiriusXM Comedy. Yannis’ Half Hour Comedy Central Special aired in June of 2014 and is available on Amazon, iTunes, ComedyCentral.com and whenever Comedy Central re-runs it. In 2015, he was the host of the comedy sports show, Webby nominee and Media Synopisis Award winner for "Best Sports Digital Series”, AOL’s 2 Point Lead. Before that, he was the Co-Anchor of Fusion Live, a live, primetime, one-hour news magazine program which focused on current events, pop culture and satire. Fusion TV network launched in September 2013 as a joint venture of ABC and Univision. Yannis was also the co-host of MSG’s sports fan show, The Bracket. He has also been featured on AXS TV, TruTV, VH1 and Good Morning America. He was the first comedian to ever do stand up on the New Tonight Show with Jimmy Fallon–It was a test show and didn’t air, but that’s kind of a cool thing. He is known for his popular characters Mr. Panos and Maurica. All his comedy shorts with Ditch Films can be found on YouTube. Go watch them, they are there.