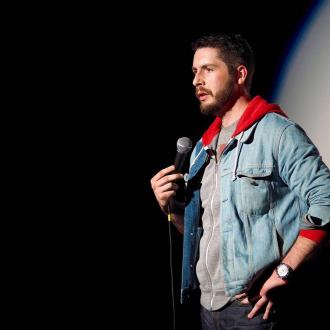 You Can Follow Me @ --
Originally from Ohio, JAMES MYERS began his comedy career in 2012 at the flagship Funny Bone Comedy Club in Columbus where he was a three-time finalist in the club’s Funniest Comic contest

Bookers noticed and MYERS began MC work at Funny Bones all over the midwest. Since moving to New York City a little over two years ago, MYERS has already earned a reputation for himself in the highly competitive East Coast comedy scene. MYERS quickly became a regular at New York Comedy Club, Dangerfield’s Comedy Club, the nationwide chain of Funny Bone/Improv Comedy Clubs, and won the 2015 Hoboken Comedy Festival, beating out 45 contestants and over 300 applicants. If you haven’t seen JAMES MYERS at your local comedy club, you’ve most certainly seen one of his jokes online. As one of the most upvoted comedians on Reddit, his StandUpShots have garnered over 30 million views on the website alone and millions more as they have been shared by respected comedy websites like College Humor, The Chive, and eBaum’s World as well as popular Facebook pages like The Tasteless Gentleman, George Takai, and Cheezburger. Additionally, MYERS was named ComedyFilter’s Comic of the Month for December 2015 and most recently was selected to compete in the 2016 Devil Cup Comedy Festival.