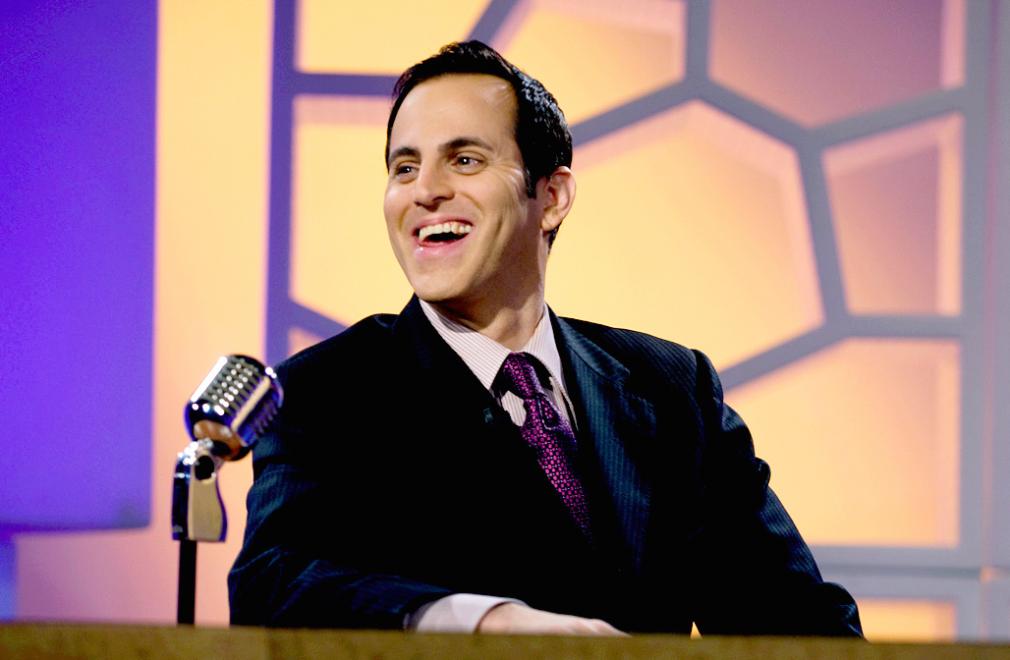 You Can Follow Me @ --
Ray Ellin started his career as a standup comic, improviser, and writer in his teens

He is the host of the all-new Gong Show Live, a resurrection of the legendary ‘70s talent competition. Ray also hosted the popular LateNet with Ray Ellin, the first comedy/variety show to simultaneously combine both in-studio and interactive online audiences. The program features A-List celebrities, top comedians, and musical guests including Chevy Chase, Hank Azaria, Leonard Nimoy, Paul Shaffer, Fran Drescher, Gilbert Gottfried and more. In addition to LateNet with Ray Ellin, Ray has been the host and writer of the syndicated television shows The Movie Loft, New York Now, PremiumTV, and BrainFuel TV. He recently hosted/co-created the pilot for the tv game show Worth The Wait. Ray is the go-to-host for any occasion; he has hosted hundreds of live events; corporate, charity, sporting, fashion, and of course, comedy. He has a long list of television credits including appearances on HBO, FOX, VH1, DISCOVERY, ABC, NBC, and England's Mancs vs. Yanks. Ray was also profiled on Dateline NBC in which it was discovered that his blood pressure actually drops right before he goes on stage! Profiling the top three Latin comics in the country, Ray executive produced, directed, and wrote the film The Latin Legends of Comedy, which was distributed by Twentieth Century Fox. Ray co-created, produced, and wrote the animated series La Familia, featuring John Leguizamo, and the “Jack Daniel's Latino Comedy Series,” a 13-week comedy event in New York City. The enormously successful program was tapped by other major U.S. cities including Chicago and Miami. As an actor, Ray has taken on a variety of theater roles, He co-starred in the romantic comedy Killing Cinderella, and produced and co-starred in the short films Yellow, The Try-Out, The Face, Felix the Painter, and Felix’s Rhapsody. He has appeared in several television commercials including spots for Volkswagen, Microsoft, Coca-Cola, Budweiser, American Express, and a multi-part campaign for the Sci-Fi Channel.